Wow, it’s early in the series to be getting one of these, but there’s been one specific death so far that has stuck in my craw because it was such a criminal waste of potential.

Spoilers for the first three or four episodes of Rings of Power and Viper. Hopefully I’ve managed to get all the characters’ names right this time!

So, unsurprisingly, a lot of people have been asking me about Rings of Power: whether I’m watching it, what I think, and whether I’m going to do any kind of massive takedown the way I have for the Hobbit movies.

Well, short answers, I am (slowly), I’m not impressed, and I’m probably not going to do a big takedown but I absolutely am going to use it for examples and learning points, especially as I obsessively try to work out why it’s so badly not working for me.

Spoilers for Lord of the Rings, The Hobbit, The Silmarillion, the Hunger Games series, 13th Warrior, and Rings of Power.

The 13th Warrior has a lot in common with the Hobbit movies. Both owe a tremendous, though uncredited, debt to Beowulf (That’s not a complaint, I actually think it’s really neat to see two stories that go different directions with the same base like that). Both are riddled with plot holes, dropped narrative threads, difficult-to-read fight scenes, and interchangeable secondary characters. Both are considered bad adaptations of books (I’ve not read Eaters of the Dead, so can’t personally speak to 13th Warrior as an adaptation).

One thing they do not have in common is that I hate the Hobbit movies with a burning hate and 13th Warrior is one of my favourite movies of all time.

Cut for spoilers. Warning for some mention of human sacrifice.

As anyone who follows my personal Tumblr will be very painfully aware, I’ve been following Dracula Daily. It’s a great way to consume the novel; I’ve read it before, but this is a very different experience because of the way it highlights the passage of time and the drip-drip-drip of information we get.

However, one thing it’s really brought to my attention is the difference between the epistolary format and conventional first-person narration.

Spoilers for Dracula, the Hunger Games books, and the Twilight books.

As that suggests, having a character in a story who’s a chosen one can lead to some serious narrative issues which I’d like to take a closer look at.

Spoilers for Lord of the Rings, the Hobbit movies, the new Star Wars trilogy, Bruce Almighty, Evan Almighty, and the Nightrunner books through Stalking Darkness.

For some years I’ve had some writing up on Wattpad, but following the Viacom deal I’ve decided to pull it down. I may or may not post it elsewhere (like a sub-page on here) but if anyone does want to read some writing practice I wanted feedback on or a lightly-edited NaNo that I might scrub up for real publication, it’ll only be there until the end of this month!

Well, I’ve talked about the other two members of this love triangle at some length, so why not?

Programming note: this is going to be about the movie version of Kili, which is not very much like the book version of Kili in part because of Dat Love Triangle. I’ll talk about the differences when they seem relevant, but I’m not going to do any kind of commentary on Kili in the book.

Naturally, spoilers for The Hobbit and the Hobbit movies, as well as Lord of the Rings (book and movies) and the Twilight series.

Quick programming note – the blog isn’t dead but IRL stuff has been taking up all my mental bandwidth for a few months; I finished another round of studying, started a new job, and am making another push on editing my next novel, plus still slowly recovering from the effects of 2020.

I have posts on Kili and Rey in the works, along with more book reviews and plans for musing on villains, masculinity in Tolkien, and some introspection on my own abiding love of deeply-problematic children’s books from the 1930s-50s.

As soon as I get my life back in order, normal programming will resume!

The Devil’s Novice by Ellis Peters is another one of the Brother Cadfael medieval murder mysteries. It begins with the arrival of Meriet, a new novice at the monastery who insists that he wants to become a monk as quickly as possible, but doesn’t fully explain why. It rapidly becomes clear that he has a very dark backstory and that he hasn’t turned his back on the world nearly as much as he’d like those around him to believe.

While Cadfael is investigating Meriet’s background, he meets his family and the members of his household and the mystery deepens, especially once the body of a murdered man is discovered.

I enjoy this story a lot; it’s not the first time I’ve read it and it’s always good. My favourite character is Cadfael’s friend Brother Mark, who is as adorable as ever.

I won’t go into spoilers, but I have to admit that I don’t much like Isouda, Meriet’s father’s ward. I know it’s common to describe a strong-willed girl as being too pushy, but I also feel like if you swapped the genders of Meriet and Isouda it would be extremely obvious why she was fleeing into a nunnery.

I recommend it for fans of relatively light-hearted murder mysteries.

Machiavelli: A Man Misunderstood by Michael White is an interesting book which gives a good insight into Machiavelli as a person, his background, and what he was trying to do by writing The Prince. However, while it was interesting and I wanted to like it, I got something of a vibe that White really dislikes the Catholic Church, at least as it was in the Middle Ages, and that this coloured his view of Machiaelli and the world in which he lived, which made it difficult to know how seriously to take some of the attitudes expressed.

It was interesting, but I’m not sure I’d strongly recommend it.

My Books on Goodreads 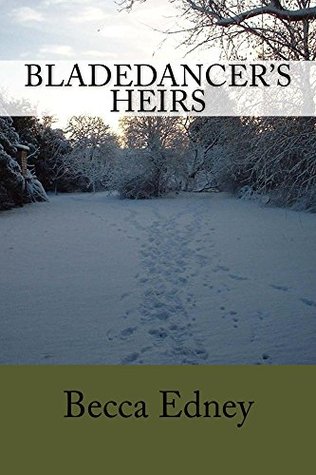 My Fanfic on Archive of our Own